As a kind of taster to the major exhibition in 2020, members of the project team will assist in curating a smaller exhibition in late 2018 in the NPG’s Robert Oatley Gallery. Coinciding with the 20th anniversary of the NPG, this exhibition will involve a rehang of the room usually devoted to Australia’s “founding fathers.” Our rehang, instead, will pair each significant founding father with a lesser known indigenous interlocutor who in every case helped realise individual European achievements but who is today far less known. Examples will include Joseph Banks and Raiatean Tupaia, Matthew Flinders and Garigal Bungaree, and even Samuel Marsden and Maori Hongi Hika. As these pairs indicate, the scope of the rehang will extend beyond mainland Australia—chiefly because Australia’s earliest colonists themselves considered the region larger than the continent alone. The smaller exhibition will use items from the NPG’s own collection, and elsewhere in Australia and overseas.

This exhibition is now on show at the NPG! See our report of the launch here. 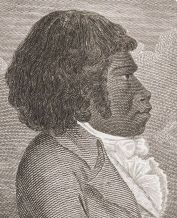 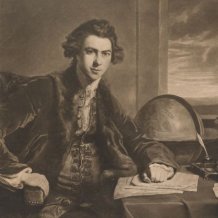 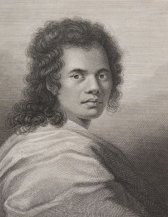 The centerpiece of the project will be the joint NPG/Smithsonian major exhibition entitled New World Faces. This show will focus on the portrait traditions that evolved in Australia and the US before 1850 and explore how they reveal common or distinct histories about people in both places during a crucial period of indigenous dispossession and settler establishment. It will run from late 2020 in the Temporary Exhibition Space over three months. Members of the project team will produce an accompanying scholarly catalogue as well as a series of public events, including an international conference, topical floor talks, and a workshop for early-career researchers in the associated fields. These latter outputs will all extend beyond the geographic scope of the major exhibition, demonstrating how so-called New Worlds were large networks of indigenous groupings coming into contact with Europeans before they were ever settler nations. As such, these outputs will include recovery and analysis of indigenous and colonial lives and communities from today’s Canada, New Zealand, and several other Pacific Islands as well as Australia and USA. Lives featured will include some from the earlier exhibition, plus artists like the American George Catlin and subjects like the Cherokee Dragging Canoe. 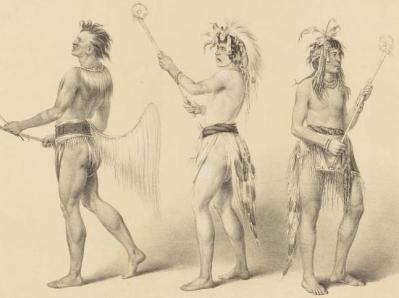